This is a Call for Papers for the 58th issue of “Zeszyty Łużyckie”.

The present issue is devoted to the topic of minorities (in accordance with the understanding proposed by the Editors, i.e. that of institutionally embedded minorities perceived as "traditional" [national, ethnic, linguistic, and religious], as well as those whose minority status is established dynamically and requires specification [in the case of social, cultural, political, and other minorities]) in countries known as the Eastern Bloc or people's democracies (Poland, Czechoslovakia, Hungary, Romania, Bulgaria, Yugoslavia, Albania, the GDR and what is today Ukrainian territory, in the years 1945-1989).

Following the political, social and economic transformations in the aftermath of World War II, the policy towards minorities in countries under direct or indirect influence of the USSR was – generally speaking – uniform (because it was based on the USSR model) though by necessity different in the respective cases. That is, the legal model, based on reference to the Soviet Union, aimed at uniformity, specific solutions however differed depending on the internal situation in each country. Various strategies for negotiating individual minority identities ensued.

By pointing to the roots of minorities in this part of Europe, the historical perspective opens up new research contexts taking into account the specificity of the situation of minorities, which allows for (at least partial) verification of research tools derived from other analytical traditions, their processing, and adaptation to the characteristics of a given region  – not only from a diachronic perspective but also in a synchronous approach. As a result, although the title suggests a dominant role of the historical approach, we do not wish to be limited by to a historiographic perspective. Sociologists, cultural researchers, ethnologists, and ethnographers whose work addresses problems of minorities in countries known as people's democracies are invited to collaborate on the planned issue of "Zeszyty Łużyckie".

The planned issue’s intention is to focus on several substantial problems:

- the functioning of minorities within, and in the face of, the dominant political discourse. Internal changes and mutual relations as well as the changeability of their situation in particular periods (in a diachronic perspective) and between individual countries in this part of Europe (in a synchronous perspective);

- methods of negotiating identity of minorities in terms imposed by the majority/totalitarian reality. On the one hand, the possibility of building and manifesting visibility in the dominant discourse, and on the other hand, the procedures of removing minorities from the field of visibility;

- legal framework regarding the situation of national minorities in respective countries known as people's democracies;

- attempts to maintain the internal integrity of individual minorities and strategies of self-determination against the majority in people's democracies.

We accept texts written in all Slavic languages as well as in English.

The volume is to be published in its book form in 2023 (following its publication online).

Submissions or any correspondence (including questions) should be sent directly via website or via e-mail: zeszyty.luzyckie.polon@uw.edu.pl 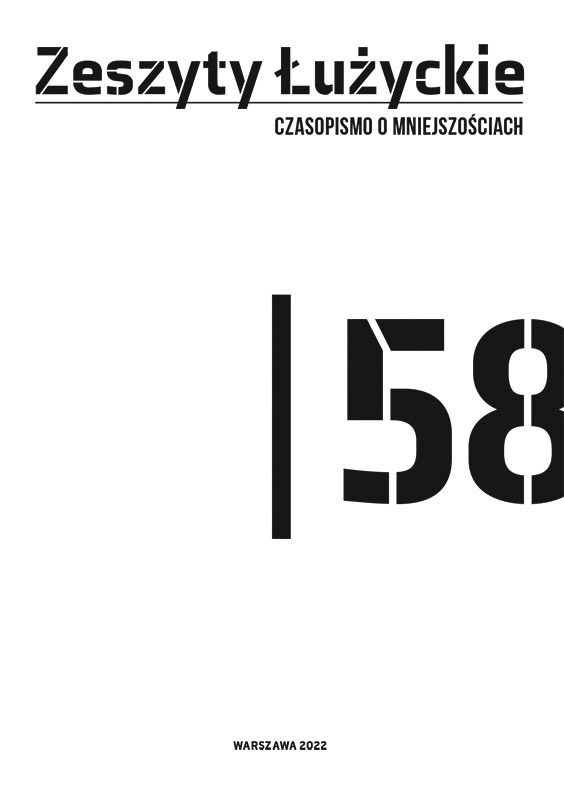